Does Oil Pulling Work to Keep Your Teeth Clean? 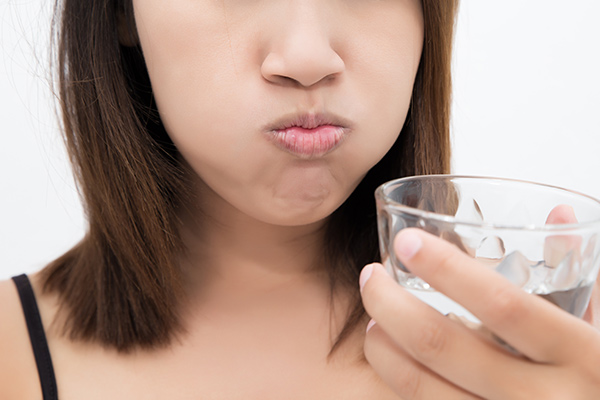 Dental health is an important part of daily life – and has been for centuries. Over the years, people have looked towards many techniques to help remove bacteria from their mouth to keep their teeth healthy for decades. One particular method, developed in ancient India, is knowing as oil pulling. But does oil pulling work to clean your teeth?

Read on to learn more about oil pulling techniques and whether or not it’s something you can consider as part of your dental care routine!

What Is Oil Pulling?

The procedure of oil pulling is very straight forward. The individual uses a teaspoon of oil like coconut oil and simply swishes it around in their mouth. Most guides for oil pulling recommend doing it for a few minutes before spitting the oil out and suggest that the oil should turn from a thick, viscous oil to a thinner fluid when you’ve swished enough.

By pulling and pushing the oil between your teeth and all around in your mouth, the idea is that the oil, saliva, and manual swishing helps pull “toxins” and bacteria out of the mouth. These “oil-soluble” toxins are supposed to be cleaned away by the process, leaving your mouth healthier and bacteria-free!

Here’s where things get tricky! Scientific research on oil pulling is limited. But the few studies that have been done suggest that oil pulling is one of those things that actually may be somewhat beneficial – but not on its own.

According to one study, oil pulling is potentially capable of improving oral hygiene when performed consistently and following the proper procedure. However, it stresses the fact that oil pulling is not a replacement for standard dental care, but a supplement. Think about it like using mouthwash; while we know mouthwashes can be beneficial for your oral health, no dentist will ever recommend using just mouthwash versus standard brushing and flossing.

Why? Because bacteria and plaque in your mouth are often too entrenched to be removed by simple fluids moving around in your mouth. If that were effective, your saliva would be all you would need to keep your mouth cavity free!

Of course, this science is still limited – which means the outcomes that suggest it is effective should be taken with a grain of salt. The one thing we do know is that the dentist-recommended techniques of brushing and flossing absolutely help to fight cavities. So even if you want to try oil pulling, remember not to skip your standard dental care routine that’s kept millions of mouths free from cavities and gingivitis!

What Does the ADA Think About Oil Pulling?

The American Dental Association is, like most medical associations, dedicated to the science behind medical methods for both doctors and patients alike. Because the science on oil pulling is limited, the ADA’s official stance is that it is considered an “unconventional” method of dentistry – with not enough evidence to suggest that it’s a positive approach to cleaning your teeth.

More importantly, because of the limited research, there isn’t enough research to understand the potential drawbacks of oil pulling. Small sample sizes and lack of peer-reviewed science means the few existing journals on oil pulling can’t be considered conclusive, so there may be medical concerns that we don’t full understand regarding the oil pulling technique. That doesn’t mean there necessarily is a problem – just that we simply can’t know for sure!