The Common Causes of Bleeding Gums 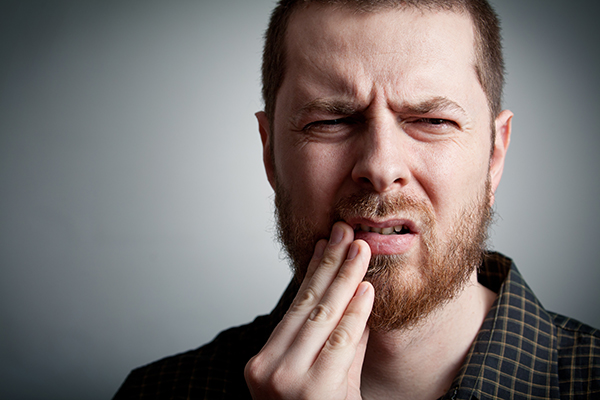 While following your regular oral hygiene routine, you notice a pinkish or reddish tint in the sink as you swish and spit. Your reaction may range from a shrug of the shoulders to sheer panic as you realize your mouth is bleeding. Before you walk away from the sink never giving it another thought – or rush to the ER – let’s look at the common causes of bleeding gums, when to be concerned about it and to what degree, and how to prevent it.

Gingivitis (Gum Disease) Is the Most Common Cause of Bleeding Gums

It’s important to note, especially for the “shoulder shruggers” out there, that bleeding gums are the most common indicator of gingivitis. Gingivitis is the first stage of gum disease and bleeding gums are your body’s first alert system to let you know that you could be developing gum disease. When you go to your dentist and express concerns about noticing blood when you brush or floss, gingivitis will be the first thing they will suspect.

To the “shoulder shruggers” who notice the bleeding but choose to ignore it: it won’t go away! The longer you ignore gingivitis, the worse it will become. However, the good news is: early intervention and treatment mean less severe symptoms. You’ll be happy to learn that treating the early symptoms of gingivitis is as simple as improving your daily brushing and flossing routine. Improvements in your oral hygiene routine will ensure that you are doing your best to clear away bacteria and food debris between your teeth. Debris and bacteria left on your teeth can lead to long-term gum disease. Gum disease not only leads to bleeding gums but weakens your gums which can eventually lead to tooth loss.

Your chances of developing bleeding gums can be increased by taking certain medications. Blood thinners, or any medications that affect your blood’s ability to clot, have a tendency to increase the likelihood of bleeding gums. This applies to both prescription blood thinners and OTC medications such as aspirin. So, if you are on a daily aspirin regimen to manage heart health, be sure your dentist knows! Proper communication of your medications can help prevent misdiagnosis.

It probably doesn’t come as a surprise that flossing is an important part of keeping your teeth healthy. However, you may not know that if you floss infrequently, you may be causing your gums to become sensitive to the friction and force of floss when you do finally floss. So, if you are suddenly flossing a lot after having gone days or weeks without flossing, it’s normal for some slight bleeding to occur.

When you are a person who regularly flosses and suddenly your gums begin to bleed, it’s a lot less common and is a good indication that you need to visit your dentist for a professional opinion on what the cause of your bleeding gums may be.

One of the lesser-known causes of bleeding gums is pregnancy. There are a lot of changes taking place in your body when you’re pregnant! The increased production of hormones can cause additional blood flow to your gums. This increased blood flow means that your gums can become more sensitive to bacteria in your mouth. Additionally, it can cause them to be more vulnerable to the abrasiveness of brushing or flossing.

It is quite typical for pregnancy gingivitis to resolve itself post-pregnancy, so it isn’t a major concern during that time period. Keeping up with brushing throughout your pregnancy is important in reducing bacteria and inflammation as much as you can. This may be a time where your gums are more vulnerable, so you may have to be gentle when brushing or flossing; be sure to stick with your oral hygiene routine.

It may not be as well known, but diabetes can be one of the causes of bleeding gums. Diabetes affects a lot of different parts of your body and your teeth and gums are not immune. It’s important to know this because if you are experiencing bleeding and/or swollen gums and have ruled other issues out, it could be an indication of diabetes. Although Type 1 and Type 2 diabetes have different causes, either type can result in bleeding gums.

The two primary reasons that diabetes leads to bleeding gums:

Knowing the common causes of bleeding gums can help you recognize when it’s something to be concerned about it, when it’s time to seek care from your dentist, and most importantly what steps you can take to help prevent it.